In the mid fifties Thord Lönnquist, Stockholm, Sweden, started his company ECI (Europeiska Cykel Importen) and soon his bikes started to break the Crescent/Monark dominance among racers. He established contacts in Italy and France to go about it seriously. In the early sixties he started his own team, CK Champion, and some of Sweden’s best cyclists joined him. “The yellow” (Crescent) and “The blue” (Monark) teams now had stiff competition to meet in “The Green” team. Thord also registered the name Champion as a bike brand.

The earlier fifties frames are said to have been made in-house but during the sixties frames were bought from, among others - Legnano, Urago and Torpado. Thord pioneered in bringing continental race parts and frames to Sweden. The seventies and eighties saw Colnagos, Cinellis, Bianchis, Gelianos, and a lot of other brands rolling out thru the shop doors. Thord ran his bike shop, jammed with top of the line frames and components, up to the late eighties and then his son took over and still runs it. Thord died in 1998 - much too early.

As the early team frames were Legnano I do have a theory that the green colour of the team was just a function of it being Legnanos signature colour – and being that - the team adopted it.

The bike presented here is a Champion Strada but it is also a Legnano Roma Olimpiade. Legnanos top of the line offering. The bike is probably from 1964. Apart from the obvious difference regarding the decals it has all the tell tale signs of a LRO – the longer and slotted seat lug, 27 mm seatpost, the seatstay attachment to the seat lug, investment cast Campagnolo dropouts, etc. The LRO normally has a serial number horizontally at the back of the seat lug – and so did this frame. I write “did” as it was ground away at the factory or at least before it got painted (see pictures). Instead this frame has a totally different kind of serial number on the bottom bracket shell. There are indentions on the head tube where the Legnano head badge was supposed to be mounted and fastened.

The only thing that puzzles me is the Vitus decal.

Equipment is Campagnolo Record, a Milremo styrstam, a CTA handlebar, Mafac Racer brakes. The bike originally came from Thord Lönnquists own collection of vintage bikes (along the way he had became one of Sweden’s leading authorities on the subject) that, after his death, was sold among fellow collectors. I am its third owner after Thord. I do believe it has its original parts. As almost all racing bikes in Sweden at that time it was built for its owner and there is no such thing as catalogue correct (I believe there was no catalogue for Champion at the time). I have not had the time to check the hub lock nuts yet but the hubs have the “Record” text. Sorry for the sad looking tires but they do not hold air anymore…

I am really glad I got hold of this bike. I normally only collect bikes in my own size (58-60 c/c) but for this one (57 c/c) I make an exception. I have been trying to get one of Thord´s (or Thordan as he was called) Champion bikes for a long time. Thordan was sort of a character – he had a reputation of being kind of harsh and reserved. The first time I met him, in the mid eighties, I got that impression too. But we soon got to talk about vintage bikes and I – at that time a young and novice collector, soon got to see a passionate and warm person – willing to share and help. I knew him as a fellow collector and we helped each other out with parts and restoration problems many times. I do miss him.

My plan for the bike is a cleanup, lowering the saddle height a little to get it to harmonize better with the frame size, sliding the saddle a little bit forward, a new set of tires and last but not least – adjusting the handlebar lower grips parallel to the ground.

I believe I have one of the nicest examples of early Champion: s known and I will cherish it not only as an example of a nice high quality vintage race bike but also as the legacy of an important man - for me - and for the Swedish bike community. 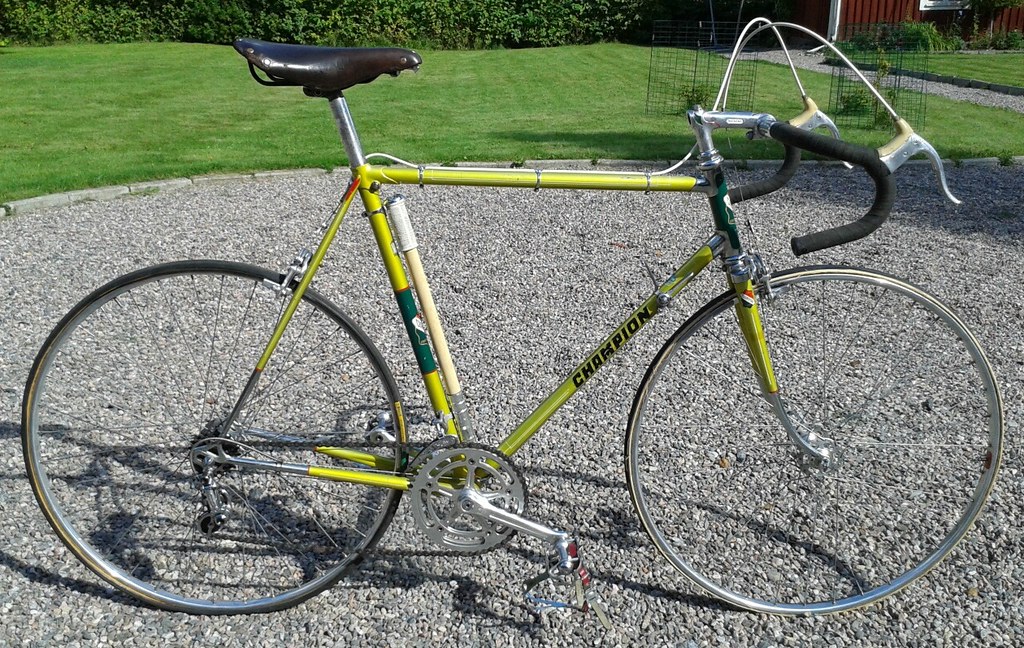 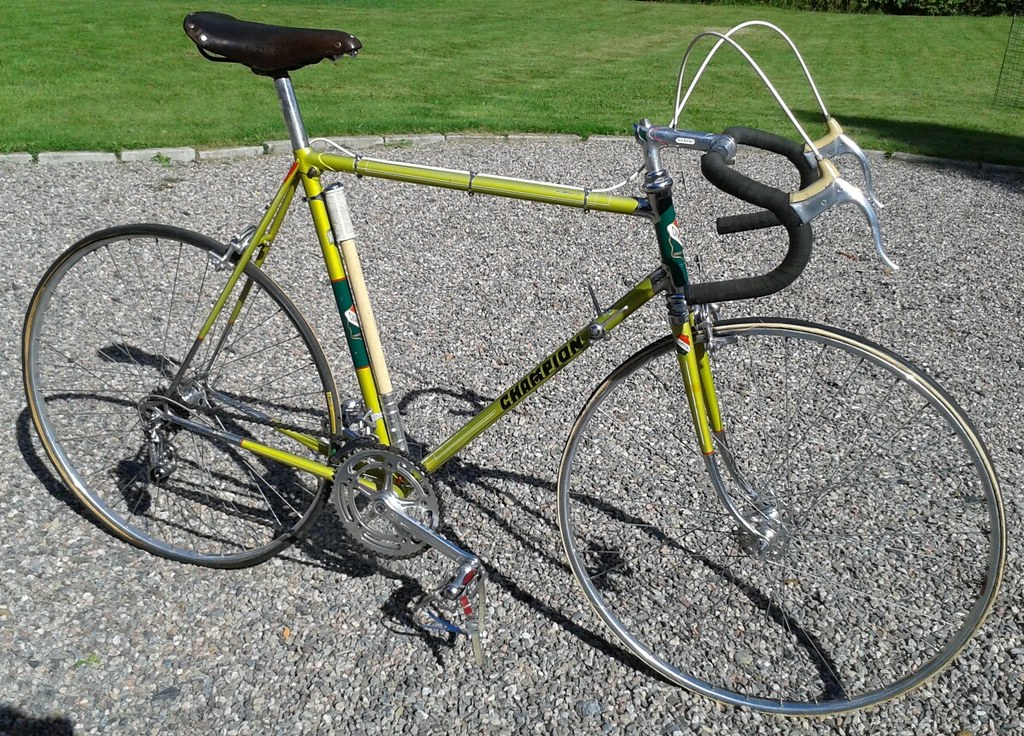 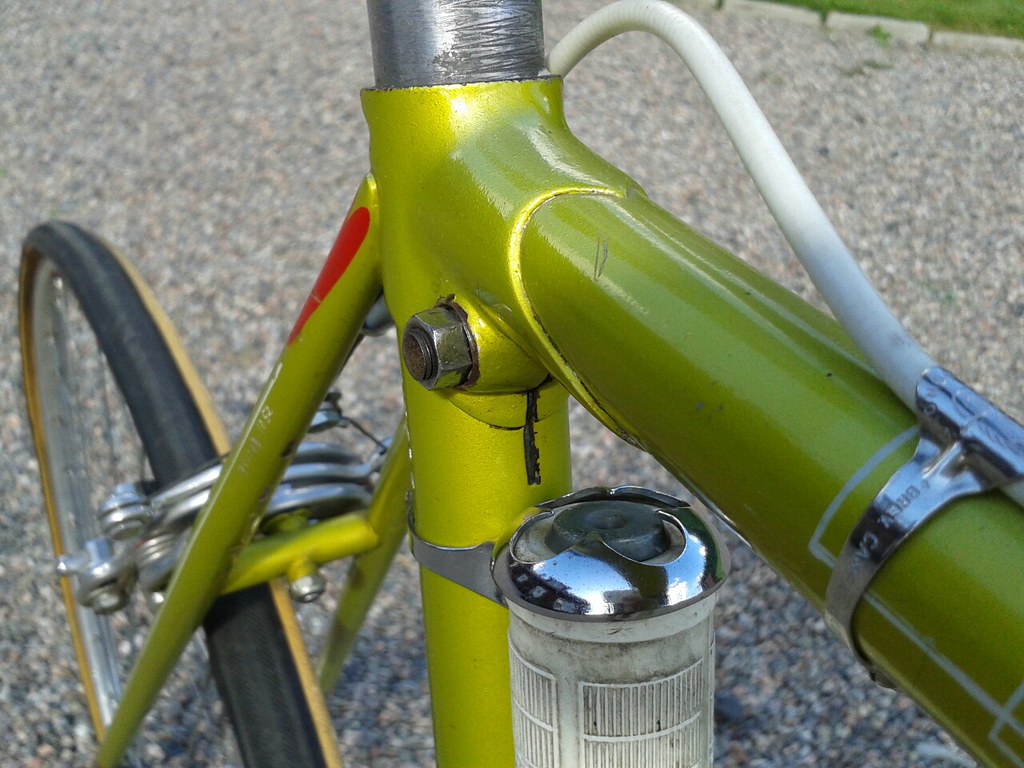 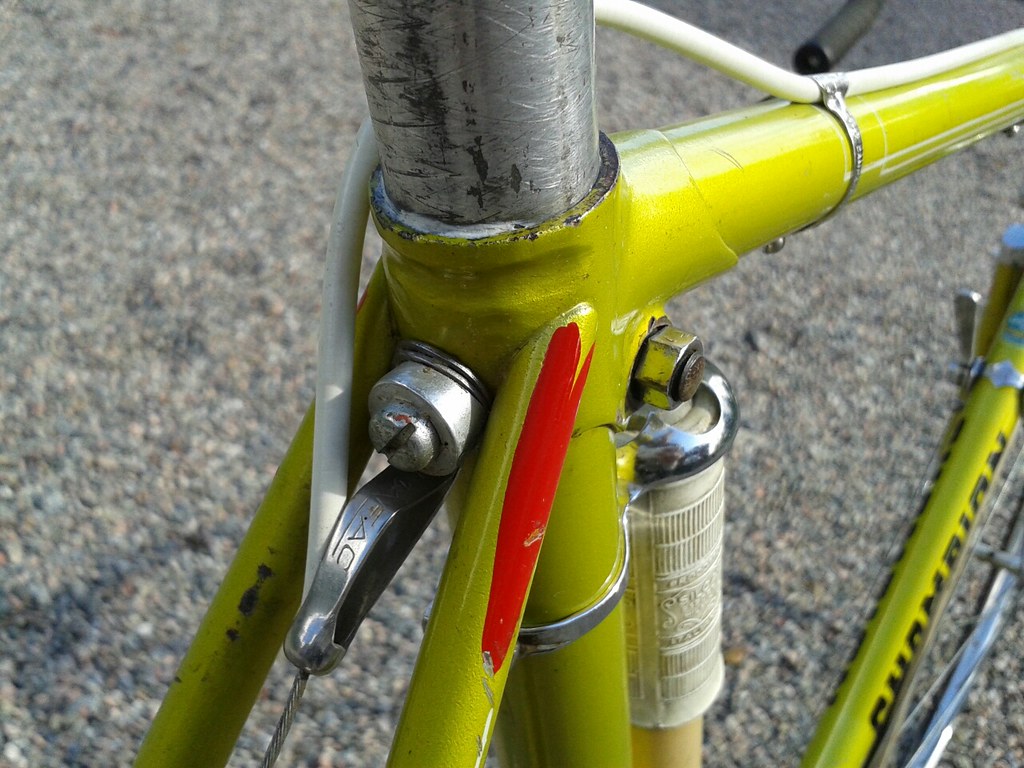 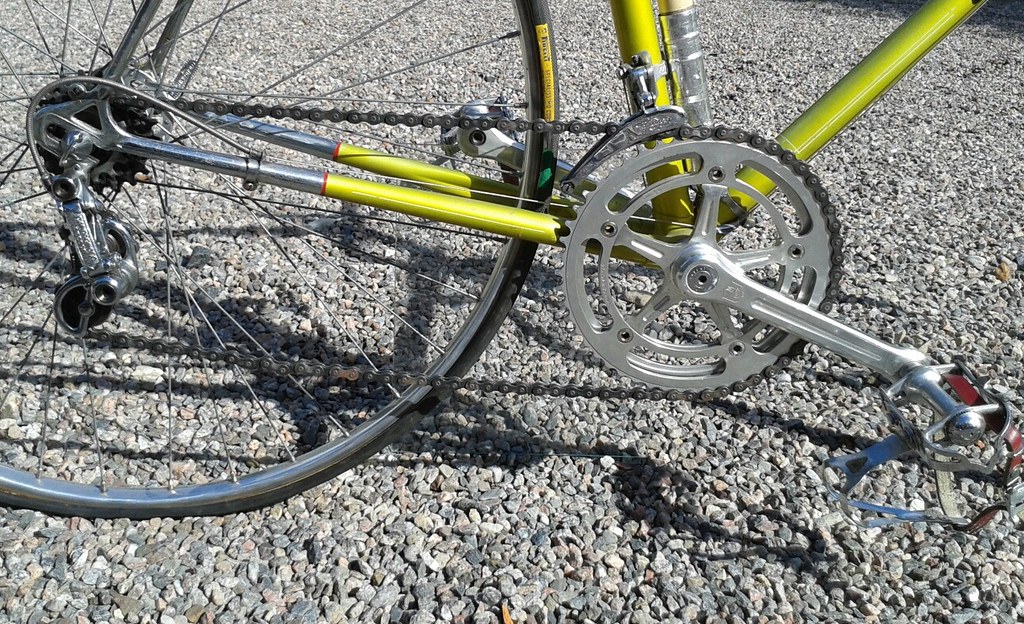 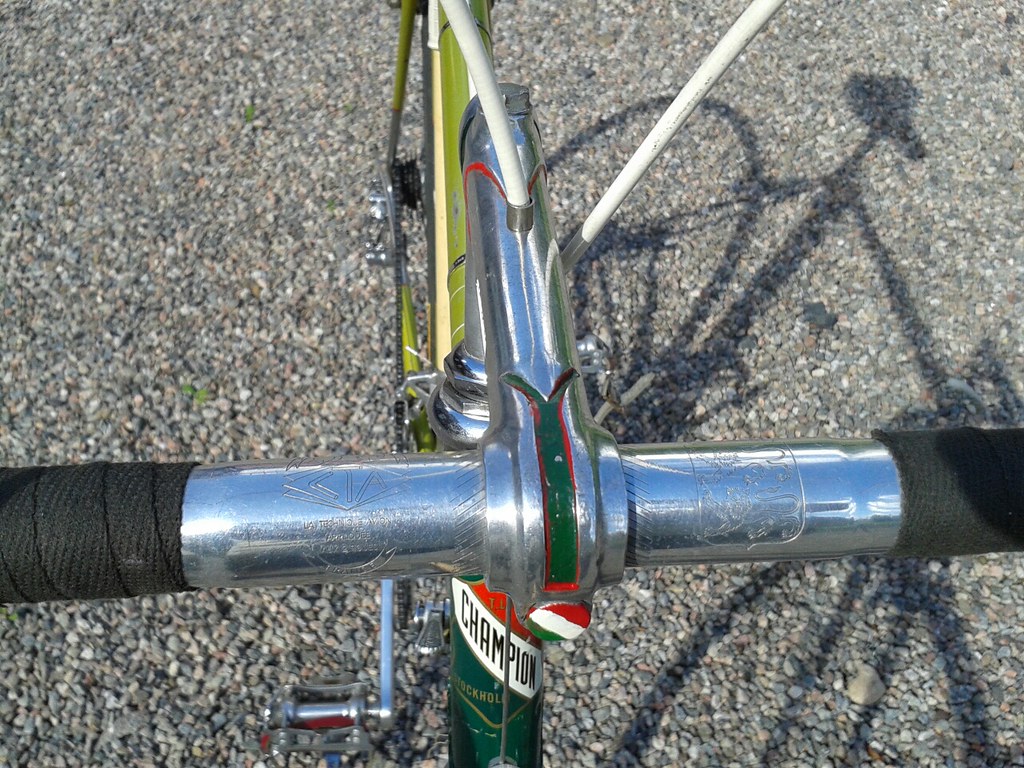 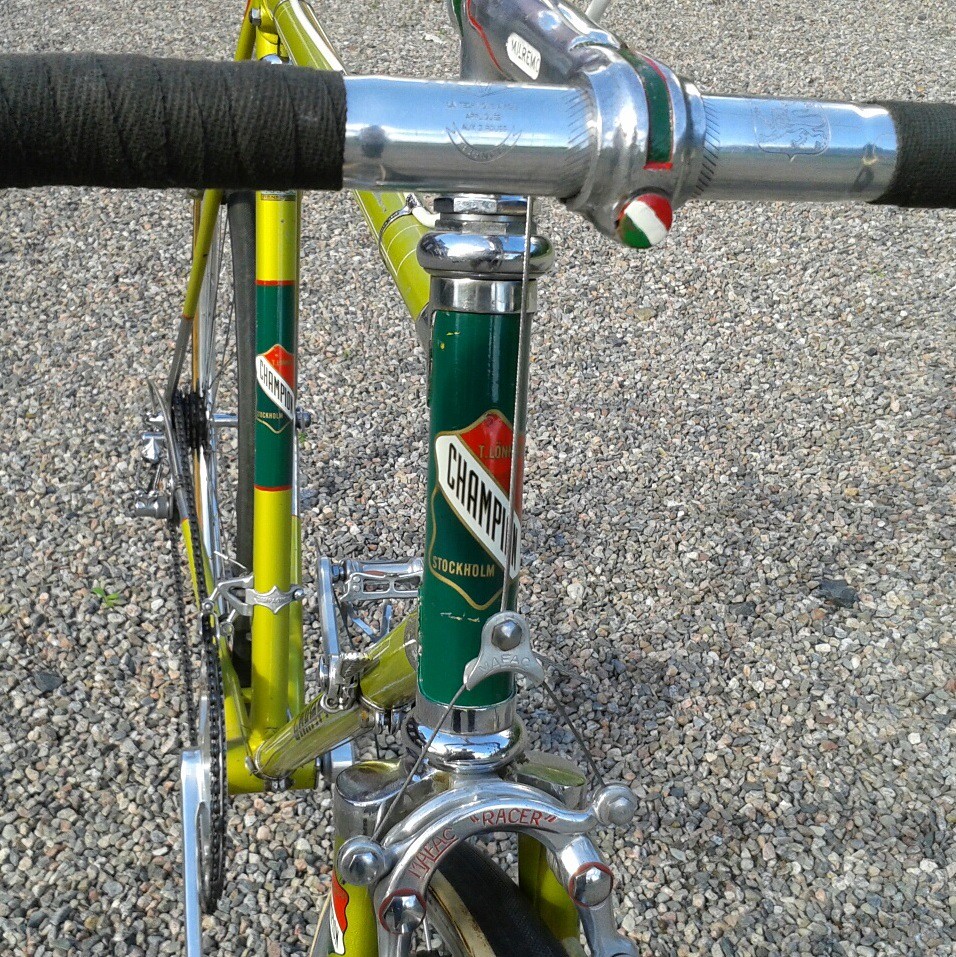 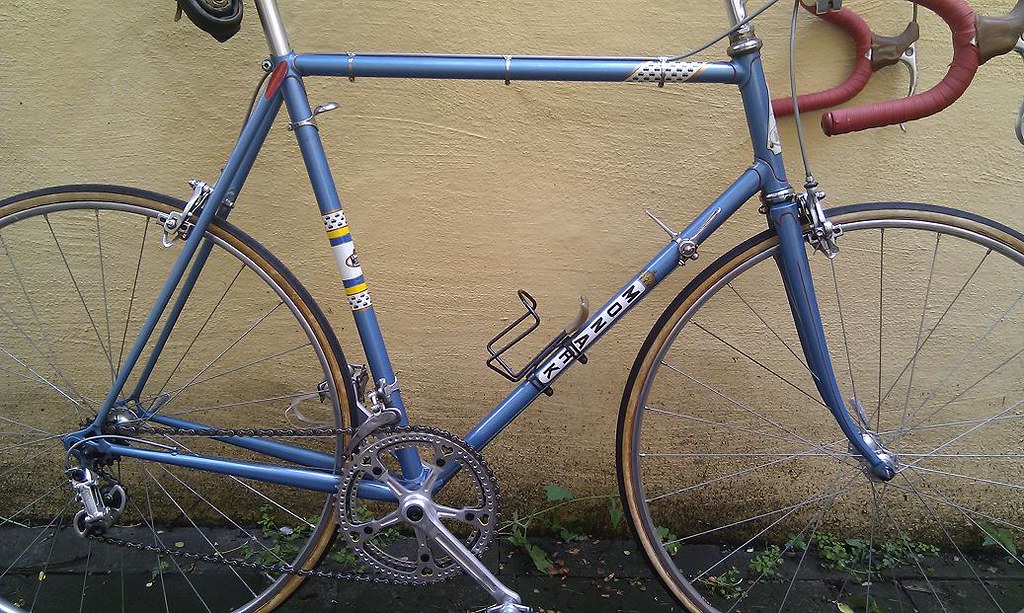 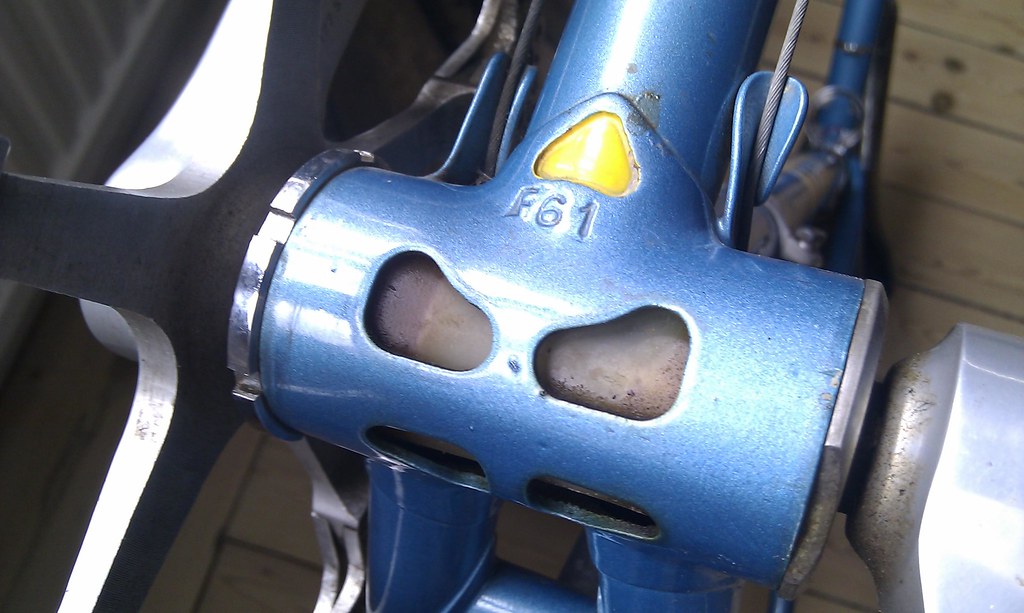